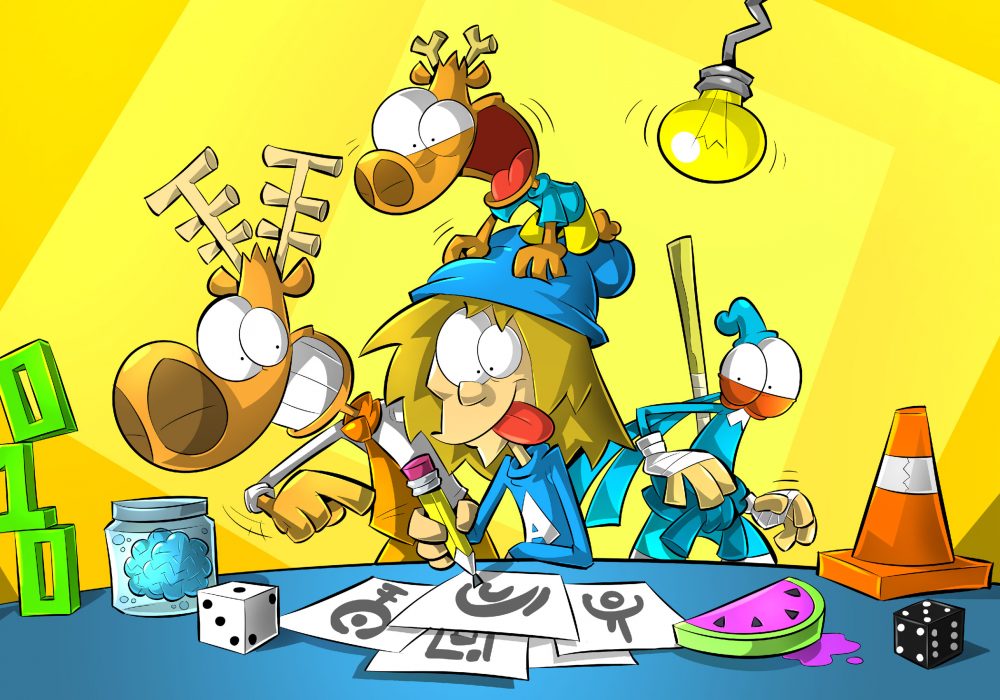 Enter the universe of Jon Le Bon, a fun and slightly oddball series! The series features ten comic books that will take you into a madcap world, one that is familiar yet offbeat. It features plenty of allusions to popular spy series, cartoons and video games. And then there’s Jon, the lovable hero… not your average modern superhero.

See the books in the series +

Welcome to the world of Mini-Jon, where humour and science exist side by side in an explosive atmosphere. Mini-Jon is curious and intrepid and has a knack for getting in trouble. With Mini-Jon, every minute is an adventure. Influenced by IT, Mini-Jon loves to play with everything he sees, all the time. It’s hard for Henry B. Belton not to get exasperated by Mini-Jon’s boundless energy. Particularly when Mini-Maple gets in on the game!

See the books in this series +

The Universe is a Ninja (available only in French)

A new Alex A. saga in six volumes, The Universe is a Ninja is the story of the creation of the universe, seen from the most epic, absurd perspective yet. Billions of years before Jon Le Bon’s adventures, fun, colourful characters lived the greatest adventure of all time. Well after the gods went into battle and magic disappeared from the world, a small, timid dreamer, who looked like a blue ninja, discovered that he was the most important being in the world and that he was destined to save the universe.

See the books in this series +